In 2010, the Maxwell School of Citizenship and Public Affairs received an endowment gift to fund faculty and graduate student research relating to issues of national security. The Andrew Berlin Family National Security Research Fund, established in honor of Professor David H. Bennett, operates through INSCT, a collaboration between SU Maxwell School and the SU College of Law.

The Origins of American Counterterrorism

While much attention has been paid to the American state’s reaction to the Sept. 11, 2001, attacks, the origins of institutions and ideas deployed in the War on Terror in historical conceptions of terrorism and political violence have been overlooked. 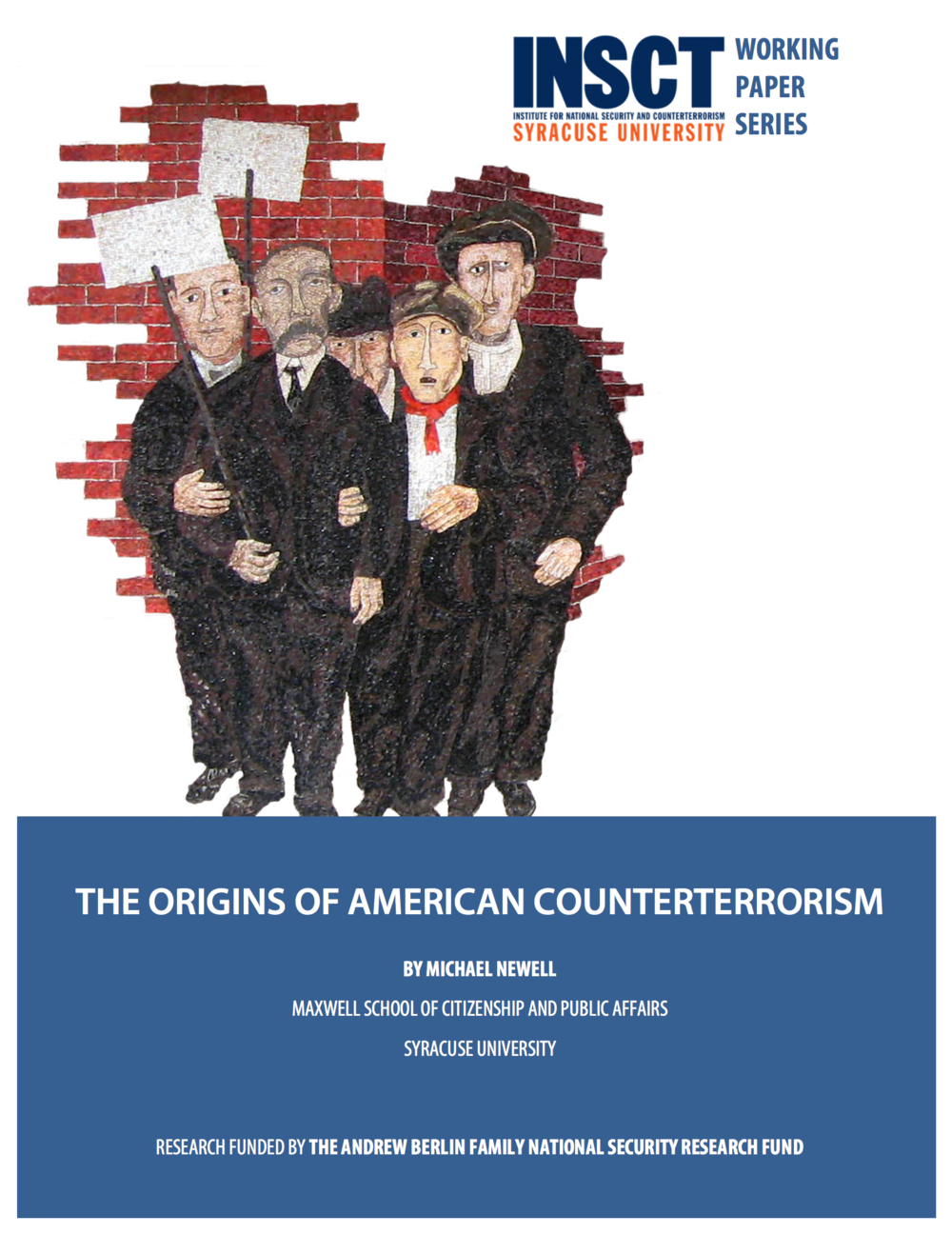 View the report by clicking on the image.

I analyze these historical origins through the American state’s response to Ku Klux Klan (KKK), Irish-American Fenian, and anarchist political violence from the end of the Civil War in 1865 until the 1920 bombing of Wall Street, the last alleged significant act of anarchist violence. I argue that this history is demonstrative of a process of threat construction and changes in institutions, laws and policies.

These changes came about through a mixture of complex social and political factors, but the perception of threat significantly influenced their content and the populations they were directed against. This was particularly the case in the state’s response to European anarchists, where the response could be described as against an ‘inflated’ perception of threat, while the response to the KKK and Irish-American Fenians was more constrained.

Funding allowed for archival research in Washington, DC, specifically at the US National Archives, the New York Public Library, and the American Catholic History Research Center, in order to read correspondence about American responses to anarchism and domestic terrorism by the departments of Justice and State, the White House, and Congress.

Consent & Conquest: How the Western Way of Warfare Spread to the Indo-Pacific

My dissertation examines the spread of Western war fighting systems to the Indo-Pacific. Despite the growing interest among scholars and policymakers in Asian security affairs, few studies account for the variation in how different states effectively adopt and emulate Western military systems—and whether that variation affects their combat effectiveness.The project argues that the different types of transmission pathways through which military systems travel from one state to another—whether it is coercive, cooperative, or commercial—plays a critical role in shaping the process of organizational emulation.

Funding enabled the purchase of research materials, including statistical software (Stata), and archival research at MIT’s Center for International Studies and Harvard University’s Yenching Library (Boston, MA) and the US Library of Congress and National Defense University (Washington, DC).