It has been a year of development for the South Bend Cubs (Low A; Midwest League), as they are nearing completion on The Ivy at Berlin Place. The project, which gives South Bend a Wrigleyville feel while tying into surrounding downtown development, has earned a 2018 Editor’s Choice for Outstanding Achievement Award.

As we wrote in July, TWG Development was looking to finish the apartments in August, but construction delays mean the apartments will open a few months later than expected. 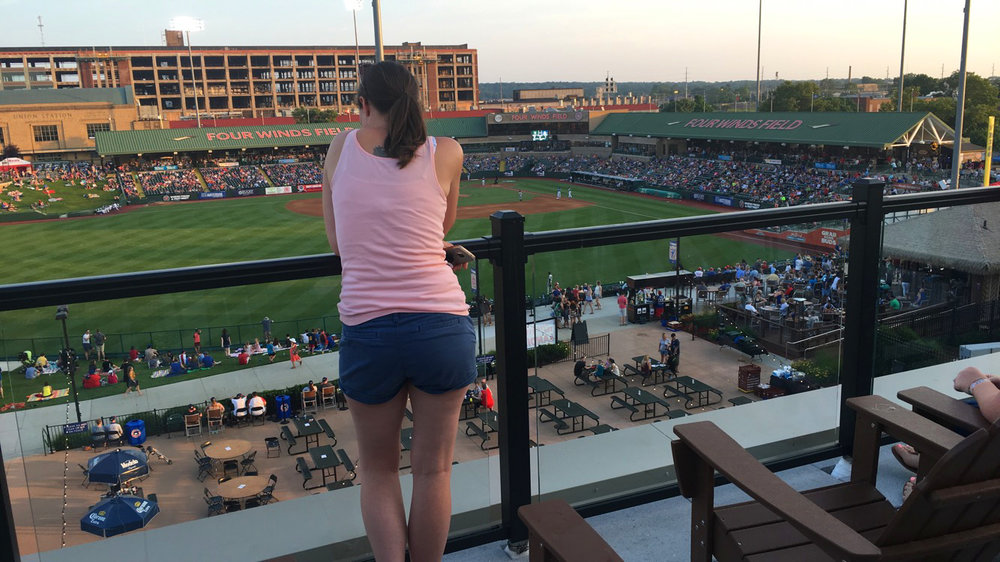 “The market in South Bend is so strong that there has been a lack of labor,” said Joe Hart, president of the South Bend Cubs. “We didn’t want to rush it. If we are going to do it, we want to make sure that we do it right.”

The development includes The Ivy at Berlin Place apartment complex as well as the United Federal Credit Union Rooftop, which the Cubs were able to utilize during the season. The Ivy is the first major project to reach downtown South Bend in a long time, and Hart said it has transformed the area around it. The cost of the project: around $24 million. Overall, South Bend Cubs ownership has invested $32 million in South Bend since buying the team.

“The stadium was built in 1987 with the premise that development would be around it. It’s the first new construction downtown in decades,” Hart said. “People talk about how it’s changed the landscape and they are just excited to see that our owner has invested in this project. It gives a unique feel to the ballpark.”

About 50 percent of the 121 units overlook Four Winds Field, including extended balconies for those facing the field. The goal was to design the development to look like Chicago brownstones and exude a Wrigleyville feel.

“We started talking about this in late 2015 so we are excited that it’s close to being done,” Hart said. “The brick work is all up so you can see what the complex is going to look like. A lot of comments we’ve heard people say is that it feels like Wrigleyville which is what we were trying to do.”

Interest and demand in The Ivy at Berlin Place has continued to be high as new residents have started signing leases, with the first group of tenants moving in within the next few weeks. Hart said they’ve been busy and that the demographics of the tenants has been diverse.

“We’ve had a flurry of people signing leases,” Hart said. “There are new professionals, young professionals, and folks who don’t want to take care of a yard. We’ve even had a 91-year-old lady that signed a lease because it’s always been her dream to live at a ballpark.”

The Cubs will have a ribbon cutting with the city sometime soon to commemorate the opening of the new development.

“The city has been very helpful in working with us to get this project done as people start to move in,” Hart said. “We’re so thankful for their support.”

And South Bend will have a chance to show off all that hard work as they host the Midwest League All-Star Game next season.

“South Bend hasn’t hosted the All-Star game since 1989,” Hart said. “So we’re excited to show off the new development, our amazing facility, and the City of South Bend.”