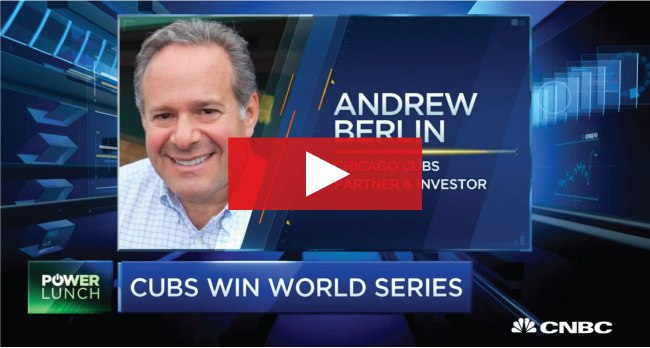 The brand and identity of the Chicago Cubs may be changing after the team’s World Series win, Cubs partner Andrew Berlin said Thursday on CNBC’s “Power Lunch.”

“When you look around the stadium … and the pride that we’re wearing on our chest this morning, this is so much better than being a lovable loser,” he said. “We’re lovable winners.”

The Chicago Cubs won the 2016 World Series in dramatic fashion during Game 7 on Wednesday night, ending a 108-year championship drought for the ball club, the longest — by far — of any professional sports franchise.

Berlin said that winning the hard-fought Game 7 in extra innings was emblematic of the long up-and-down journey Cubs fans have taken to arrive at this point.

“Everyone had some hiccups last night, but the faith and belief in being a Cubs fan just means that you’re used to this roller coaster and it all played out beautifully,” he said. “It was an amazing, amazing result.”

The final game of the World Series had an average audience of over 40 million viewers, making it the most-watched baseball game in 25 years, Fox Sports said.