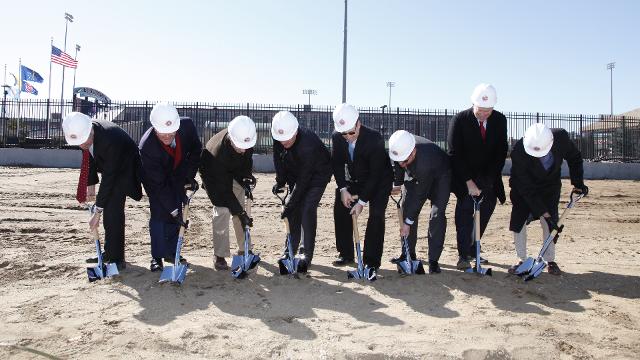 A ceremony marking the groundbreaking for a $22 million investment in mixed-use residential housing called ‘The Ivy at Berlin Place’ took place near the near the main entrance to Four Winds Field in downtown South Bend.

Andrew T. Berlin, owner of the South Bend Cubs, Partner Investor in the Chicago Cubs and now developer/investor in the first residential housing ever to be built at South Bend’s minor league baseball stadium, was joined by South Bend Mayor Pete Buttigieg, South Bend Regional Chamber of Commerce President and CEO Jeff Rea, representatives of TWG Development, LLC, the Indianapolis-based firm managing the project, and Wintrust Bank out of Chicago. 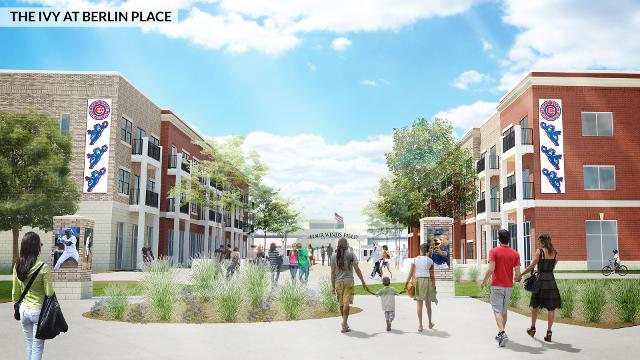 “When we signed a 20-year lease with the City of South Bend, we told the citizens of this region that we had big plans. Welcome to The Ivy at Berlin Place,” commented Berlin. “These will be some of the nicest, most-exciting places to live in South Bend. As a matter-of-fact, I’ll be living here myself when I’m in town. I’m here frequently. And as you probably know, I have pretty high standards.”

“The Ivy at Berlin Place will incorporate and be reminiscent of some of the best features of Wrigleyville in Chicago,” added Joe Whitsett, CEO of TWG Development. “Fully developed rooftops overlooking the ballpark will bring residents into the stadium the same way that Chicago fans participate with the Cubs from rooftops overlooking Wrigley Field in Chicago. This, and so many other unique ideas brought to us by Andrew Berlin, make it one of the most fascinating and desirable projects we’ve ever worked on.” 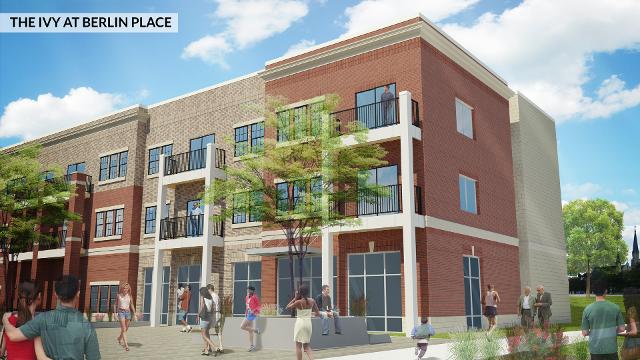 “This development is a unique addition to the ongoing story of South Bend’s accelerating comeback,” added South Bend Mayor Pete Buttigieg. “A quality residential development like The Ivy at Berlin Place will lead to increased density and vibrancy downtown, and we look forward to welcoming new residents to this part of the city.”

The Ivy at Berlin Place is expected to be ready for occupancy in the spring of 2018. All new and future residents will have their name engraved on brick pavers that will be set in the courtyard outside the stadium walls. 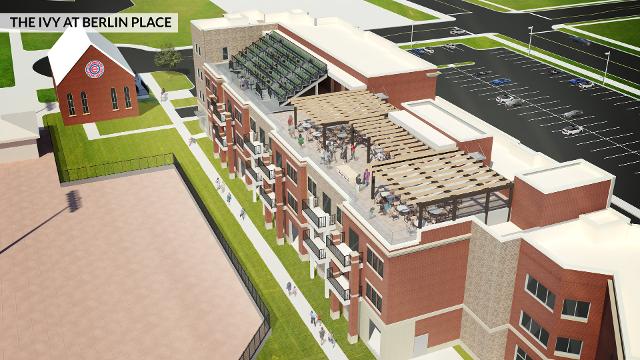