On November 3, 2013 in Chicago, the Academy of Television Arts & Sciences awarded an Emmy to a four minute film that tells how a professional baseball team and the city’s 1st synagogue ended up sharing the same stadium. 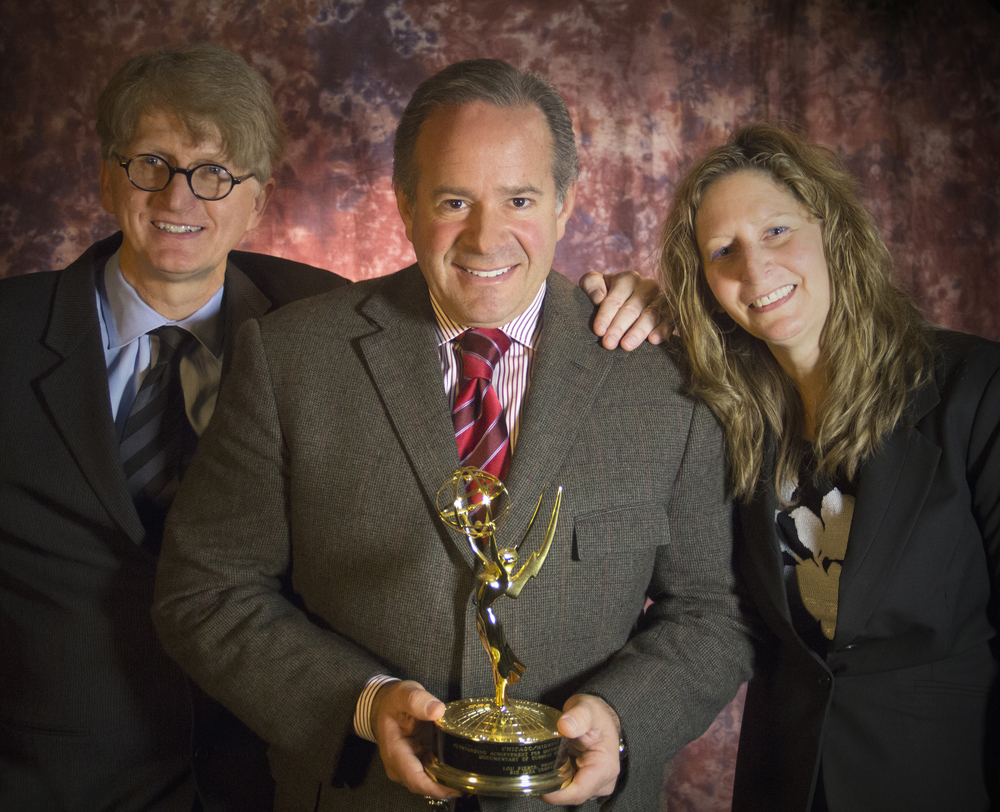 When Andrew Berlin of Chicago, Illinois purchased the South Bend Silver Hawks in November of 2011, among the many things he planned to do as the new owner, was build a team store. The Silver Hawks, a Class A minor league team affiliated with the Arizona Diamondbacks who play at Four Winds Field in downtown South Bend, had been struggling prior to Berlin’s acquisition. At the time, the new team store was just one small part of an overall customer experience and capital improvement plan.

Berlin added 4 million dollars of his own money to help the city renovate the stadium and he also moved ahead with plans to build the new team store. But just outside the stadium walls was a 101 year-old synagogue that had been sitting vacant for over 2 decades. Could the synagogue be converted into a team store? Berlin did the math and it was clear that constructing a building would be much less expensive than converting the vacant synagogue.

“But, I started to imagine how unique the stadium would be if we could bring this beautiful building into it,” commented Andrew Berlin. “So, I decided to do it. We tore down the left field wall, pushed the fence out and around the synagogue, and then did whatever we had to do to preserve it while making it a workable team store.

Now, Four Winds Field is the only stadium in America with an historic synagogue inside the ballpark. That makes it one of the most talked about stadiums in the country. And our own customer research shows that it’s one of the things that fans like the most about the whole Silver Hawks experience.”

When the foundation was being fixed during restoration in April of 2012, relics left behind by the men who dug the basement in 1901 were uncovered. Among them, a bottle with the word “Berlin” etched on it. “That was incredible,” added Andrew Berlin. “We hadn’t had our first opening day in the yet. I saw it as good karma.”

In August of 2013, Sons of Israel Synagogue, now the team store for the South Bend Silver Hawks, was granted national landmark status. “It might have been a lot less expensive to build a brand new building for the team store,” said Berlin. “But clearly, this was the right thing to do.”