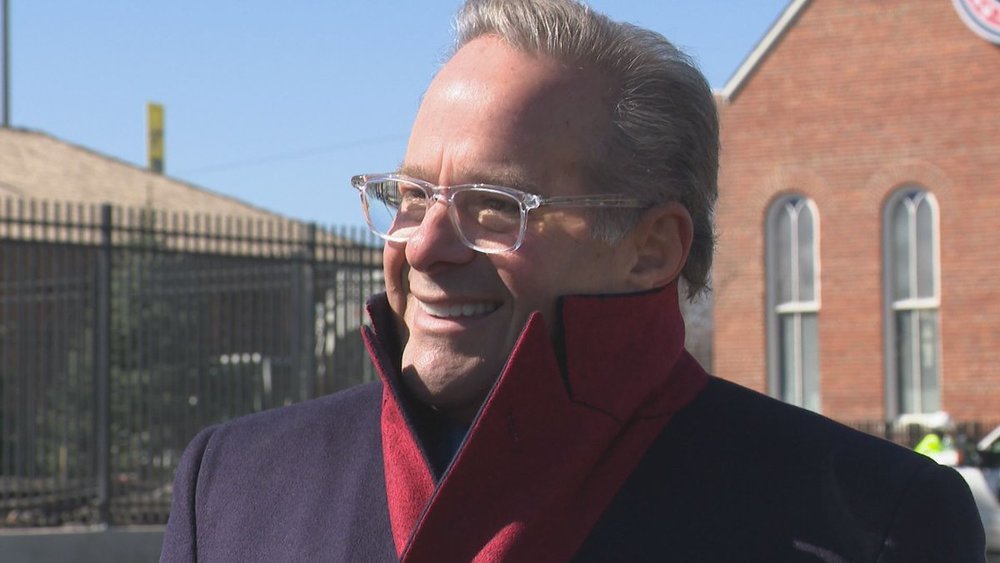 South Bend’s Renaissance District is having its own Renaissance. At least 130 new apartments will be opening there next spring.

The Renaissance District is by the old Studebaker factory and Four Winds Field. It will be the first time this neighborhood has had a residential development in over 50 years.

“This will be one of the shortest stretches from ground breaking to ribbon cutting that I’ve seen in quite a while,” said Mayor Pete Buttigieg at the development’s groundbreaking Wednesday.

In just 12-13 months, the empty lot in front of Four Winds Field will hold at least 130 apartments, plus 10,000 square feet for restaurant, bar, and retail space.

Andrew Berlin, owner of the South Bend Cubs, is the brains behind the project.

“Let’s try to build this thing as fast as we can,” he said to media members.
He said he wants people to be proud of the City of South Bend.

“We took our jobs seriously in trying to stimulate development in downtown South Bend,” said Berlin.

He wants residents at ‘The Ivy’ feel like they’ve contributed to South Bend’s comeback too, by allowing them to have their names engraved on a brick in the development’s plaza.

“You don’t even have to be a baseball fan to want to live here it will be a special place,” he said.

While Berlin wants the units build fast, he said he doesn’t want it done sloppily.

“We’re building buildings that 100 years from now someone will say that’s a beautiful building. We don’t want anything that’s gonna be just […] halfway, we want to build something special,” said Berlin.

To give you a ballpark idea of what makes this development special, there will be apartment balconies close enough to home plate (435 ft.), you could catch a home run. Those balconies, he said, will hold about a group of six. There will also be roof top seating available for events as well, even weddings.

Berlin pointed out that all glass facing the field will be sound-proof and shatter-proof; and no more fog horn at the ballpark.

Berlin says he plans to move in himself, “I’m making South Bend home.”

The mayor told Wednesday’s crowd that the city has exceeded “his wildest expectations,” thanks to people like Berlin who have invested in it.

“A true pillar in our community like Andrew Berlin and the South Bend Cubs organization is a partnership that shows what South Bend’s accelerating comeback really looks like in practice,” said Buttigieg.

The apartments are slated to be ready for move-in by the ballpark’s opening day in 2018.

Berlin wouldn’t comment on the units’ rates, but said they would be affordable.