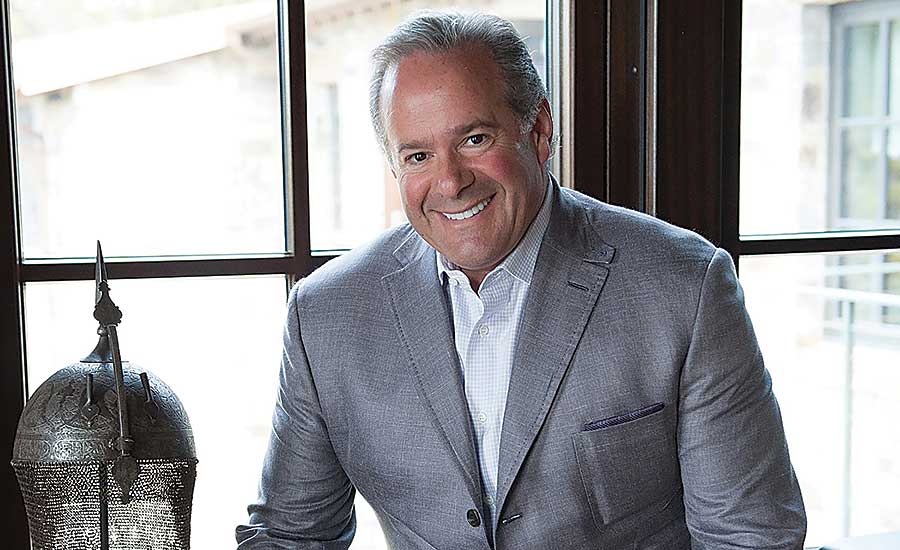 From time to time Supply House Times likes to bring to you distribution success stories outside the PHCP-PVF industry.

Earlier this year we caught up with Andrew Berlin, Chairman and CEO of Chicago-based Berlin Packaging, which under Berlin’s direction has seen revenues skyrocket to $1.4 billion annually (the company is now valued at $2.7 billion). Berlin, a partner of the Chicago Cubs and chairman and owner of its Class A South Bend Cubs minor league baseball team, will be one of the featured speakers at ASA’s NETWORK2019 in Washington, D.C., this month, which celebrates the association’s 50th anniversary. During a more than hour-long chat in his downtown Chicago office, Berlin talks about the concept of selling EBITA, why some salespeople are not cut out to do that, plus why he’s not shy about saying he likes to crush the competition.

When you say selling EBITA to your customers, what do you mean?

AB: If you ask a purchasing manager or head of operations what is most important to them, they might say, “Getting costs down on the products you are selling is important to me.” I would say, “To what end?” They say, “We make more money.” I keep asking, “By more money you mean in terms of gross profit if you get costs down?” And ultimately, that gross profit does flow to the net income or the EBITA line. And if that is most important to you and getting prices down and costs down is a means to that end, then let’s focus on EBITA because reducing your cost of goods is only one line item on an income statement that impacts the bottom line.

What if as a supplier I could help impact other line items? What if I could help increase sales, expand into new markets and help grow revenues? That giant warehouse you have in the back holding all that inventory; What if I held that inventory in my warehouse so you wouldn’t have that cash outlay on things such as the warehouse, the utilities, the insurance, the taxes, the labor, the shrinkage, the obsolescence? What if I could positively impact that? If I am a good supplier, I can actually do a lot more than just simply reduce your costs of the goods that you are buying from me.

Why are some salespeople not comfortable with this concept?

AB: To sell that way a salesperson has to feel comfortable with an income statement, and that’s the hard part. Most salespeople are either three bids in a cloud of dust, or they are price and product peddlers as Dirk (Beveridge) would describe it, or the commercial peddler as he also would describe it. I will remember your birthday and your anniversary or your wife’s name. There are a lot of people who are very successful in that relationship selling, or in just working harder than other people with three bids in a cloud of dust, but that all has its drawbacks. If that person leaves that job, you’re back to ground zero. If someone beats you out for a half a penny on something, their bid was better than your bid. But to sell as a consultant or to sell EBITA growth requires a certain level of experience or sophistication that most people get, but how do you actually put it into action?

AB: The way to action that strategy is to be able to sit in front of a buyer and ask them, “What really keeps you up at night? What are the obstacles to growth in your business?” And not only what are the obstacles in your business, but what are the opportunities that you are trying to action in your business to grow your business? If the buyer is unwilling or not capable of answering those questions, you have to be able to penetrate the organization somehow to get to the person who can answer those questions for you. This type of selling is no different than learning a new language. It requires practice and failure, and more practice to achieve fluency. The fluency really does expand your profit capabilities and your profit opportunities to grow as a salesperson and build wealth for yourself and your family.

You are not shy about saying you want to crush the competition?

AB: No. I’m not shy about it because it has to be said. Let me say it this way. I’ve met a lot of people who have said, “Listen, I’m not in the business of crushing competition because that means those people would be out of a job and I don’t want to create unemployment for people who have families and children.” I get it. That tells me something about that person that they are warm-hearted and thoughtful. Those people will be successful in their own right, but they belong in another company, not mine. In my company I want people who the first thing they think of when they wake up and the last thing they think of before they go to bed is how to crush the competition, because I want them always thinking and developing new ideas on how to get better. That’s my company and my culture. It doesn’t make it the right culture, it’s just our culture.

So what I am trying to do when I’m provocative and saying, “Dedicating ourselves to the demise of our competition,” or “Deriving joy from crushing competition,” those are phrases meant to evoke and provoke a certain reaction that is either positive or negative. If it resonates with someone, I think I have someone with a passion and intensity and energy and ambition that I think they are going to light things up and they are going to work really hard. I’d rather have a salesperson like that. It doesn’t make me right and it doesn’t make me wrong, that’s just who I am and I’m being true to myself saying that’s a culture I want to build in my company. It works for us. We are growing 11 times faster than our competitors, and it’s not necessarily because I have better ideas. I just have better people. Nobody has a monopoly on great ideas, it’s who do you have to lift those ideas off paper?

How important is it for a company to be willing to embrace failure?

AB: It’s essential because failure is honest. Let’s face it, everybody fails, but not everybody is honest about it. I have been very honest about my failures within my organization because I think it’s endearing. What I ask of others, I need to embrace their failure like I embrace my own, as long as we do something about it. But let’s be clear about it, someone who learns from their failure and says, “You know what? I need to make some kind of course correction to ensure I don’t fail the same way again.” That honest self-assessment, looking inward to understand your motivations, I really admire those traits in people. Someone who accepts failure and learns from it, I think that is a very powerful learning tool.

What would you say to a company that’s maybe thinking about changing their ways but might be scared?

AB: Scared is good. It’s a risk-benefit analysis, right? In everything we do. I want to stay away from the trite phrases, but some of them work. If you have a thousand-mile journey ahead of you, start with a single step. How do you eat an elephant? One bite at a time. You don’t have to make a giant shift in your business to make a difference. Sometimes the small steps can make a difference, too.